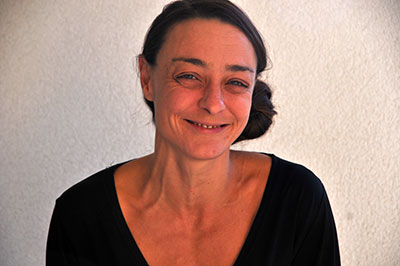 The project aims at giving a broader picture of the Chigi patronage by establishing links between archival material, patronage, performances and the music collection.

Christine Jeanneret is HM Queen Margrethe II’s Distinguished Fellow of the Carlsberg Foundation and works between the Museum of National History at Frederiksborg Castle and the Centre de recherche du château de Versailles. She is a musicologist, specialised in early modern French and Italian music, with a particular interest for performance and staging, the body on stage, cultural exchanges, court studies and gender studies. She received her PhD at the University of Geneva in 2005, published as a monograph, L’Œuvre en filigrane: une étude philologique des manuscrits de musique pour clavier à Rome au XVIIe siècle. (Florence: Olschki, 2009). In 2009 she was an associate research for Yale Baroque Opera Project, under the direction of Ellen Rosand (Yale University). In 2015-16, she was a Fellow of the Italian Academy for Advanced Studies in America (Columbia University) for her project Eloquent Bodies: Expressing the Passions on the the Early Modern Operatic Stage in Florence. She has been project leader of Shared Histories of Italian Opera in the Nordic Countries in 2016-17. She received the Rome Prize of HM Queen Margrethe II at the Danish Academy in Rome in 2017 for her outstanding research. She currently focusses her research on cultural exchanges between the French and Danish courts with her project French Performing Arts in Denmark during the Eighteenth-Century: The French Myth in Migration. She is also an associate researcher at the Centre de recherche du château de Versailles for the project Identités curiales et le mythe de Versailles en Europe.

“Gender Ambivalence and The Expression of Passions in the Performances of Early Roman Cantatas by Castrati and Female Singers”, The Emotional Power of Music, a cura di T. Cochrane, B. Fantini, K. R. Scherer, Oxford Univ. Press, Oxford (2013), 85-101, 359-69.