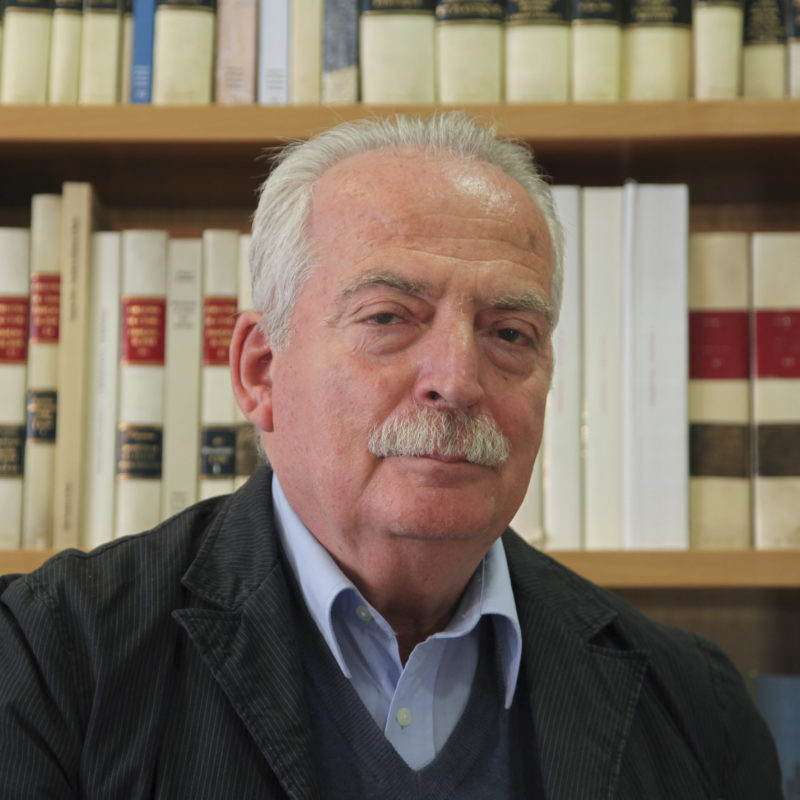 Since 1975 Luigi Cacciaglia has been an academic collaborator in the Vatican Library with the post of Head of Service Books. In 1977 became part of the automation group of the Italian Librarian Association and is responsible for the teaching of Automation in libraries in the Vatican School of Librarian Science. Following periods of stay in New Zealand (Auckland University, six months) and Brazil (Italian Institute of Culture of Rio de Janeiro, three months), since 1984 he has been an archivist in the Archives Section of the Vatican Library, contributing to the sorting and the inventory of its major collections (Cataloguing of the Barberini and Salviati Archives). He has overseen the inventory of the papers of the Chigi Archive (around 400 envelopes of autograph letters from the 16th to the 20th century). He oversees the Barberini Colonna di Sciarra Archive on the basis of the 19th-century inventory, making available for consultation.

Together with Dr Paola Manoni, who is responsible for the coordination of IT services, he has defined a template for the electronic filing of the archival collections of the library, according to archival (ISAD) and IT (XLM) standards, in formats that are compatible and interchangeable with other systems. He has taken into account the work already done by the Italian State Archives with SIAS (State Archive Information System, www.archivi-sias.it/) and has examined the solutions adopted in this field by other archival institutes of the Holy See, such as the Vatican Secret Archives and the Congregation of the Doctrine of Faith. He has presented a report on this subject together with Dr Manoni in the conference held in December 2015 at the Central Museum of the Risorgimento at the Vittoriano complex in Piazza Venezia, comparing with similar experiences in other Roman Institutes.

During the many years spent in the Archival Section of the Vatican Library he organised an wrote the inventories of several important series: the Accounting (Computisteria of the Barberini Archives); the correspondence in the Chigi Archives; inventory of the Convent of SS.ma Incarnazione del Verbo Divino; the entries of the archival holdings in Guida ai fondi manoscritti, stampati e archivistici della BibliotecaVaticana.