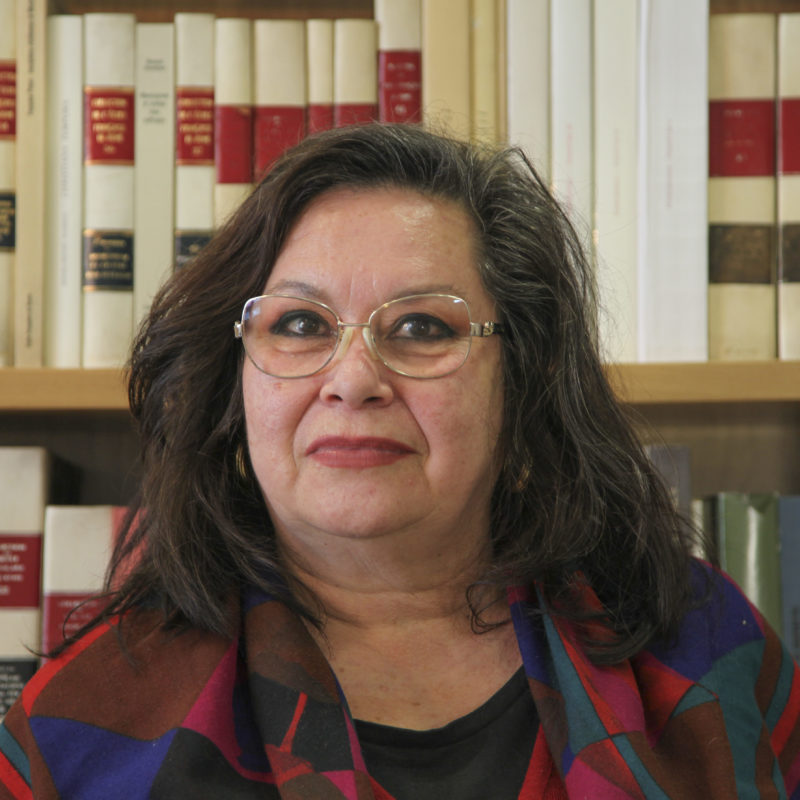 Antonella Fabriani Rojas was born in 1953 in Caracas, where he attended the Scuola Italiana, and subsequently moved to Rome where she completed her secondary school. For four years she attended the Conservatoire of Caracas, studying piano, and later focusing on the study of operatic singing (contralto) in Rome for three years. After attending the Accademia di Belle Arti in Rome for two years, specialising in scenery, she worked for fourteen years as an administrative and diplomatic representative at the Embassy of Venezuela alongside the Cultural Attaché. In order to pursue her interests related to the world of archives and libraries, over the course of the years she has attended the training schools in the Vatican. Since 1988 she is the curator of the Aldobrandini Archive (12th-20th century), and meanwhile she has also inventoried some historical municipal archives on behalf of the Archival Authority of Lazio, as well as other private archives. Since 2011 she has also been the curator of the archive and library of Massimo Lancellotti. Her intellectual interests concern history, philosophy, history of art and especially Renaissance iconography, cultivating reading on esoteric and hermetic subjects which are necessary for its interpretation. She is bilingual from from birth in Italian and Spanish, and from a young age she has dedicated herself to the study of the English language, alongside further courses of French, German and finally Latin in order to dedicate herself to archival work; a language from which translates frequently.