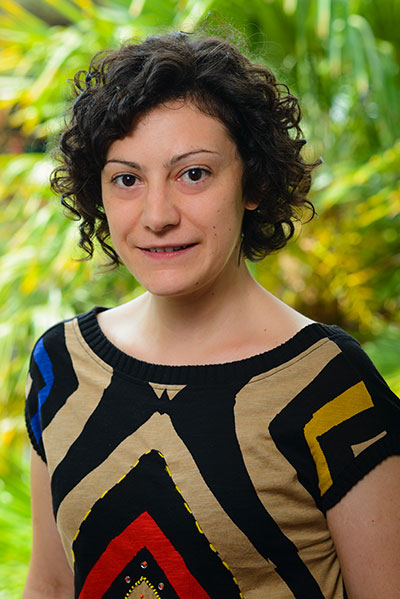 The cardinals of the Colonna household: new surveys on musical patronage.

Studies on the theatrical, musical and artistic activity of the Colonna family have highlighted the extent of the patronage undertaken by the princes Colonna, particularly in the second half of the 17th century. To this day we are lacking an accompanying survey of the culture and patronage of the cardinals of the family, however new archival evidence is highlighting information of great interest in this regard. My research particularly concerns Cardinals Girolamo I (1604-1666) and Carlo II (1663-1739) Colonna.

Girolamo, son of Filippo Colonna and Lucrezia Tomacelli, was made cardinal by Pope Urbano VIII Barberini in 1628. He carried out a large part of his patronage activities after 1639, when, together with his brother Marcantonio prince of Paliano, he succeeded his father in the administration of the Colonna estates in the Papal State. He was the promoter of large building projects for the family, such as the church of San Barnaba in Marino, the restructuring of the villas in Marino, Paliano, Genazzano, and the enlargement of the Roman palace, inaugurating the construction of the Gallery. He also supported editorial projects and was a recipient of dedications, including those in musical works. After his death in 1666 the Colonna family remained without a cardinal until 1706, when his great-nephew Carlo, third son of Lorenzo Onofrio Colonna and Maria Mancini, obtained the title. Although his protection and commissioning of composers such as Corelli, the Scarlattis and Händel is well-known, his activity as an artistic and musical patron is still in largely to be reconstructed.

The documents in the Colonna Archive (in the monastery of Santa Scolastica in Subiaco and in the Vatican archives) constitute the primary sources for investigation, in addition to diaries, notices, dedications, etc. The survey on the cultural life and patronage of the Colonna cardinals will enable a comparative reading, relating both to the specific environment of the princes Colonna as well as to a broader perspective of the patronage of cardinals and the Roman aristocrats, providing new contributions towards the reconstruction of a possible ‘Roman model’ in the patronage of theatre and music.