After a guided tour of Palazzo Farnese courtesy of Eloïse Letellier-Taillefer, Pierre Taillefer, Mathilde Carrive and Romain Loriol, PerformArt staff and numerous other guests convened again in Palazzo Farnese on the invitation of Catherine Virlouvet, Director of the École Française for a concert in the intimate and charming Red Salon. Anne-Madeleine Goulet gave a brief welcome to those present, thanking the ambassador and numerous other people for their collaboration, and introduced Ensemble Faenza and its director Marco Horvat. The large audience included almost all the PerformArt staff, many of the members of the academic committee as well as other guests, amongst which we are particularly pleased to mention Mario Tosti Croce, the Superintendent of Archival and Bibliographical Heritage of Lazio. 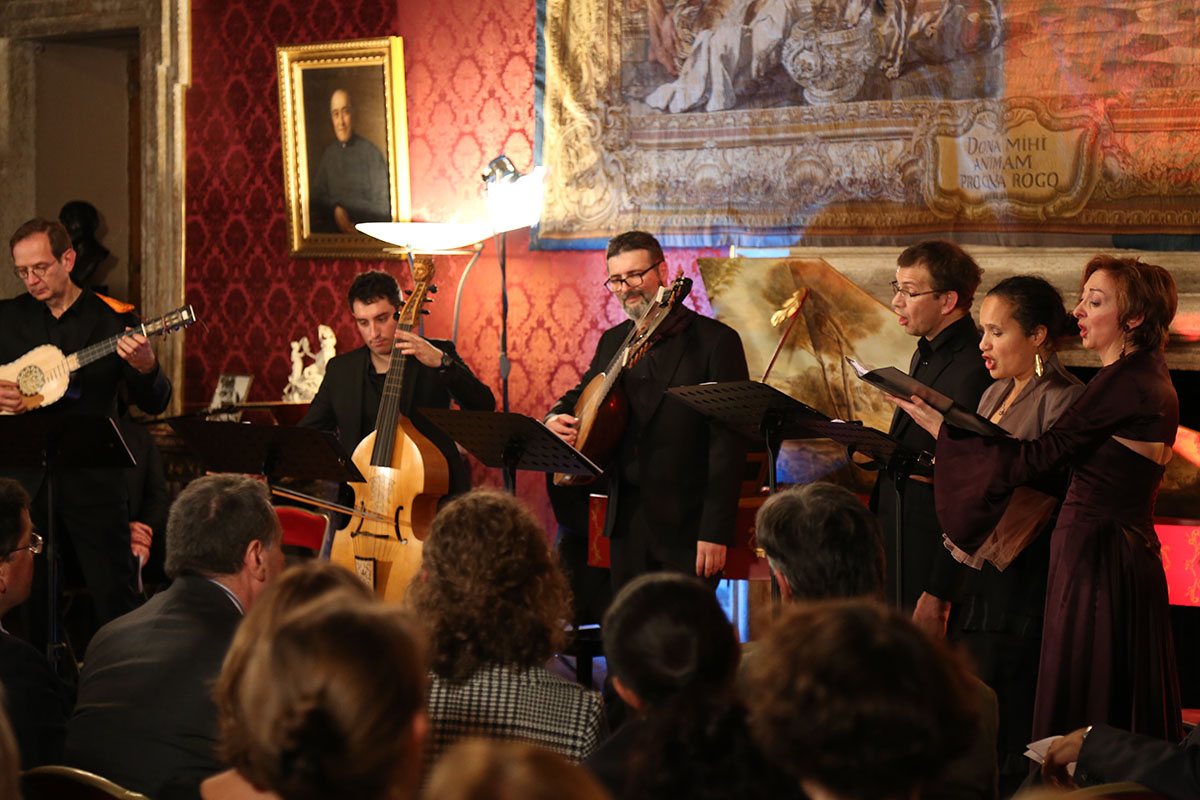 The concert featured the Concerto madrigalesco a tre voci diverse (Rome, 1669) by Ercole Bernabei, a collection of madrigals dedicated to Flavio Orsini, Duke of Bracciano. A detailed concert programme informed the audience with the names of the performers as well as with an introduction by Anne-Madeleine Goulet intended to frame the music in the context of the PerformArt project and to explain the relationship between Flavio Orsini and Bernabei. This was followed by a short interview with Frédéric Michel, professor of basso continuo at the Pôle Supérieur d’enseignement artistique Paris-Boulogne-Billancourt in order to explain the choice of a polyphonic madrigal, a genre perceived as archaic in the mid-17th century. The programme was completed by a brief description of the repertoire as well as the texts of the madrigals accompanied by a French translation.

This happened to be the first contemporary performance of this collection, which has proved to be of high musical quality. The madrigals were not performed in the order presented in the edition but were rearranged by creating thematic groups (Martyre volontaire de l’amour, Départ, Inutiles larmes, to name a few). Moreover, the performance was enhanced by interspersing the madrigals with Horvat himself reading a selection of French love poems from Sentiments d’amour, tirés des meilleurs auteurs modernes, a collection edited by Jean Corbinelli (Paris, 1665), as well as by instrumental items by musicians also linked to the Orsini, such as Scarlatti, Pasquini and Simonelli. 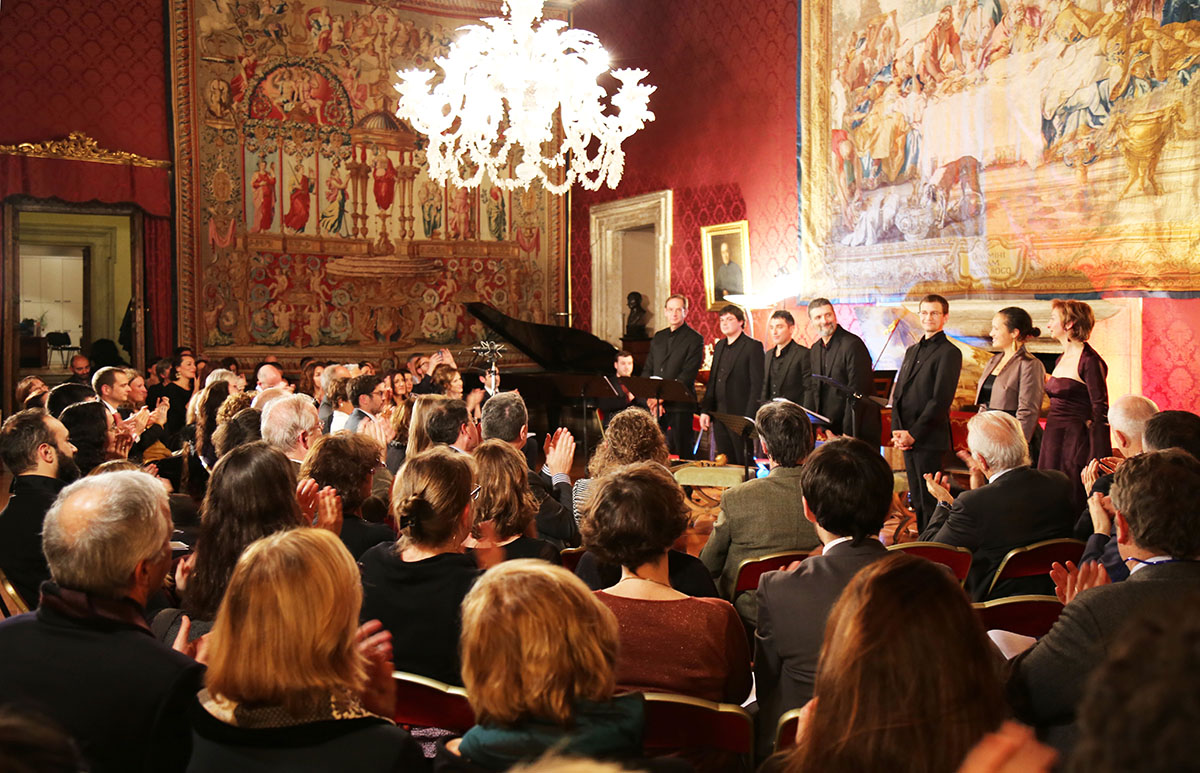 Following a long and warm applause and an encore, after the concert the evening was concluded with a reception in the adjacent Blue Salon. As well as offering an opportunity for the PerformArt team to meet informally at the conclusion of a first day’s work, the concert also highlighted the many cultural ties between Italy and France and enabled the rediscovery of music which has been unjustifiably forgotten. On the whole, the entire evening also offered a means of re-living a small contemporary reflection of the nature of certain ‘conversations’ and musical evenings in the palaces of the Roman aristocracy in the 17th and 18th century.