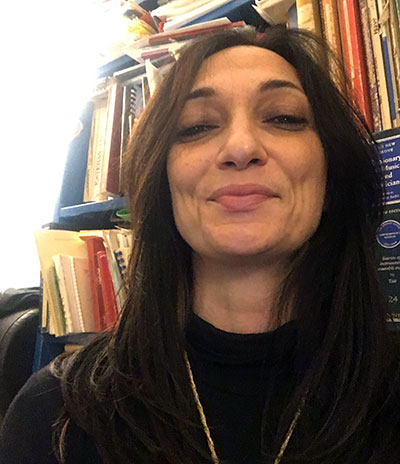 Music and patronage in Villa Belvedere Aldobrandini in Frascati.

From Naples to Rome: investigations in the Ruspoli collection on the reception of Neapolitan composers in city theatres and the reaction of Roman aristocratic circles.

Music and patronage in Villa Belvedere Aldobrandini in Frascati

From the 17th century onwards, the spectacle offered by the “teatro delle acque”, built in the Frascati residence of the princes Aldobrandini, is described in the memories of travellers as something extraordinary and unique in its magnificence in comparison with the many wonders of Baroque Europe. The complex wedding ties of the Aldobrandini family with the Borghese and the Pamphili and the consequent scattering of the family archives have discouraged research into this exceptional baroque theatre in relation to the patronage of the Aldobrandini family in the period subsequent to the more popularly examined period of Cardinal Pietro (1571-1621), who had promoted the construction of the Ninfeo. The musical meta-theatre staged in the spaces of the Ninfeo and the Sala del Parnaso of Villa Belvedere has so far been neglected by musicology, despite knowledge of the existence of performances staged to mark crucial historical events for the Aldobrandini family, such as Cardinal Leopoldo de’ Medici’s arrival in Frascati in 1668, celebrated with the performance of the cantata ‘La Circe’ by Alessandro Stradella. The research work will involve the systematic perusal of documents that have survived in the Aldobrandini archive in Frascati in order to reconstruct this unknown portion of the history of the patronage of this Roman family of Tuscan origins.
The documentation of the Aldobrandini and Pamphilj family archives is preserved mainly at Villa Aldobrandini in Frascati and at the Palazzo Doria Pamphilj in Rome. Documents on the Aldobrandini are also found in the Borghese collection of the Vatican Secret Archives, in the State Archives of Florence and in various cities in Tuscany and Emilia (Larciano, Sesto Fiorentino, Forlì-Cesena). At the conclusion of the project we shall also provide a map of Italian archives housing Aldobrandini papers of particular interest for the history of the performing arts.

From Naples to Rome: investigations in the Ruspoli collection on the reception of Neapolitan composers in city theatres and the reaction of Roman aristocratic circles

From the end of the 17th Century, for reasons related to the policy of the Viceroy as well as the cultural economy of the time, Naples welcomed artistic models originating from Rome, which were supported by the various rulers who had been Spanish ambassadors to the Holy See in Rome before being assigned the role of Viceroy of Naples. Conversely, under the Austrian domination beginning in the 1720s, it was precisely through Neapolitan musical theatre that an opposite migration of music and musicians occurred, namely from Naples to Rome. This period witnessed the spread and affirmation of the protagonists of Neapolitan musical life in the Eternal City and a consequent reaction of Roman aristocratic circles. Composers such as Alessandro Scarlatti (who had already defined the initial migration route from Rome to Naples), Niccolò Porpora, Domenico Sarro and Leonardo Vinci came to Rome through a dense web of relations interweaving noble families of both cities that promoted and sponsored performances of their works in city theatres. In particular, the figure of Leonardo Vinci is connected to the period of bankruptcy and re-launching attempt of the Alibert theatre- later known as ‘delle Dame’ – for which the Ruspoli collection offers interesting evidence, revealing the entrepreneurial and cultural dynamics of the principal aristocratic families in the city.